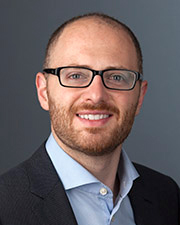 Starting Fall 2021, Brandon DeKosky will be joining the MIT Chemical Engineering Department in a newly introduced joint faculty position between the department and the Ragon Institute of MGH, MIT and Harvard, which seeks to address infectious disease by harnessing the human immune system. Brandon’s research program focuses on developing and applying a suite of new high-throughput experimental and computational platforms for molecular analysis of adaptive immune responses, and to accelerate precision drug discovery. His independent research efforts have generated major advances and exciting data for a host of applications in human immunology and molecular biotechnology across infectious diseases, autoimmunity, and cancer research. His lab has applied and extended advanced repertoire-scale single immune cell analysis, protein engineering, and functional T cell analysis, including several discoveries that we are pursuing for commercial drug development. His work has also outlined new fundamental mechanisms that lead to the personalization of human antibody immunity.

Brandon received his BS in chemical engineering from University of Kansas, and his PhD in chemical engineering from the University of Texas at Austin, working with Dr. George Georgiou, where he led in developing the first high-throughput single-cell method for sequencing paired heavy and light chain antibody sequences.   He then did postdoctoral research at the Vaccine Research Center of the National Institute of Infectious Diseases, working with Dr. John Mascola. In 2017, Brandon launched his independent academic career as an assistant professor at the University of Kansas in a joint position with the Department of Chemical Engineering and the Department of Pharmaceutical Chemistry, and was also a member of the Bioengineering graduate program.   He has received several notable recognitions, which include receipt of the NIH K99 Path to Independence and NIH DP5 Early Independence Award, the Cellular and Molecular Bioengineering Rising Star Award from the Biomedical Engineering Society, and the Career Development Award from the Congressionally Directed Medical Research Programs, Peer Reviewed Cancer Research Program.

Brandon is very excited about engaging with students and has strong interests in mentoring undergrads and grad students and promoting diversity.  He has participated as a faculty advisor at University of Kansas for both the Institute for Maximizing Student Development (IMSD) and the Post-Baccalaureate Research Education Program (PREP) to help undergraduate researchers prepare for careers in biomedical research and in Ph.D. or graduate programs. He volunteered to participate in the 500 Nations Bridge Collaboration between Haskell Indian Nations University and the University of Kansas, which helps students to facilitate their transition from Haskell to other 4-year universities and increase the number of students who complete degrees in the biomedical sciences.   Brandon’s work bridges chemical engineering and the biomedical sciences at the interface with infectious disease, and he will represent this important interface at MIT and at the Ragon Institute. 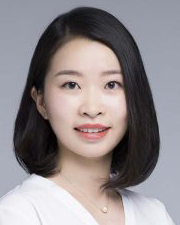 After growing up in Qingdao, China, Maggie Qi received two BS degrees in chemical engineering and in operations research at Cornell University, before moving on to Stanford for her PhD. There, she worked with Eric Shaqfeh, a computational fluid mechanics faculty member in Chemical Engineering. Her work there focused on the theoretical modeling and experimental investigation of platelet adhesion to vessel walls in hemostasis, in which she used an in vitro study with Von Willebrand Factor coated channels.   She did significant experimental work that led to her spending some of her time in a collaborator’s lab in Dublin making hydrodynamic devices to study blood cell interactions and clotting mechanisms.  During her graduate work, she received the T.S. Lo Graduate Fellowship and the Stanford Graduate Fellowship in Science and Engineering. Maggie then took on a postdoctoral position with Samir Mitragotri, a chemical engineer and experimentalist at Harvard University SEAS and the Wyss Institute. There, she investigated the use of ionic liquids in transdermal drug delivery and developed a microfluidic chip to mimic the subcutaneous space.

Maggie’s proposed research includes combining extensive theoretical and computational work on predictive models that guide experimental design. She seeks to investigate particle-cell biomechanics and function for better targeted cell-based therapies. She also plans to design microphysiological systems that elucidate hydrodynamics in complex organs, including delivery of drugs to the eye, and to examine complex fluids as matrices for biomaterial hydrogels.  She aims to push the boundaries of fluid mechanics, transport phenomena and soft matter for human health and innovate precision healthcare solutions.

Among her accomplishments, Maggie was a participant in the inaugural class of the MIT Rising Stars in ChemE Program in 2018. We look forward to her many contributions to the Department, and the opportunity to engage her in our community through her research work, collaborations, teaching, advising, and participation in our community.  She plans to start her appointment in January 2022, though she will be participating in Department events as she can in the interim.