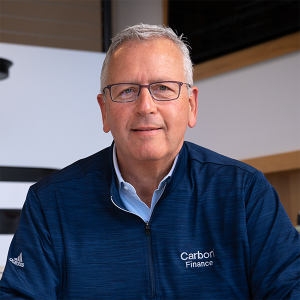 The production of polymer products relies largely on age-old molding techniques. A major reason for this is that additive methods have not delivered meaningful alternatives to traditional processes—until now. In this talk, I will describe Continuous Liquid Interface Production (CLIP) technology, which embodies a convergence of advances in software, hardware, and materials to bring the digital revolution to polymer additive manufacturing. CLIP uses software-controlled chemistry to produce commercial quality parts rapidly and at scale by capitalizing on the principle of oxygen-inhibited photopolymerization to generate a continual liquid interface of uncured resin between a forming part and a printer’s exposure window. Instead of printing layer-by-layer, this allows layerless parts to ‘grow’ from a pool of resin, formed by light. Compatible with a wide range of polymers, CLIP opens major opportunities for innovative products across diverse industries. Previously unmakeable products are already manufactured at scale with CLIP, including the large-scale production of running shoes by Adidas (Futurecraft 4D); mass-customized football helmets by Riddell; the world’s first FDA-approved 3D printed dentures; and numerous parts in automotive, consumer electronics, and medicine. At Stanford, we are pursuing new advances including digital therapeutic devices in pediatric medicine, new multi-materials printing approaches, recyclable materials, and the design of a high-resolution printer to advance technologies in the microelectronics and drug/vaccine delivery areas, including novel microneedle designs as a potent vaccine delivery platform.

Joseph M. DeSimone is the Sanjiv Sam Gambhir Professor of Translational Medicine and Chemical Engineering at Stanford University. He holds appointments in the Departments of Radiology and Chemical Engineering with courtesy appointments in the Department of Chemistry, Department of Materials Science & Engineering, and Stanford’s Graduate School of Business. Previously, DeSimone was a professor of chemistry at the University of North Carolina at Chapel Hill and of chemical engineering at North Carolina State University. He is also Co-founder, Board Chair, and former CEO (2014 – 2019) of the additive manufacturing company, Carbon.

DeSimone is responsible for numerous breakthroughs in his career in areas including green chemistry, medical devices, nanomedicine, and 3D printing, also co-founding several companies based on his research. He has published over 350 scientific articles and is a named inventor on over 200 issued patents. Additionally, he has mentored 80 students through Ph.D. completion, half of whom are women and members of underrepresented groups in STEM.

DeSimone has received numerous major awards and recognitions, including the U.S. Presidential Green Chemistry Challenge Award (1997); the American Chemical Society Award for Creative Invention (2005); the Lemelson-MIT Prize (2008); the NIH Director’s Pioneer Award (2009); the AAAS Mentor Award (2010); the Heinz Award for Technology, the Economy and Employment (2017); the Wilhelm Exner Medal (2019); the EY Entrepreneur of the Year Award (2019 U.S. Overall National Winner); and the Harvey Prize in Science and Technology (2020). He is one of only 25 individuals elected to all three branches of the U.S. National Academies (Sciences, Medicine, Engineering). In 2016 DeSimone was recognized by President Barack Obama with the National Medal of Technology and Innovation, the highest U.S. honor for achievement and leadership in advancing technological progress. DeSimone received his B.S. in Chemistry in 1986 from Ursinus College and his Ph.D. in Chemistry in 1990 from Virginia Tech.