Translation of Discoveries into Products – An Industrial Perspective 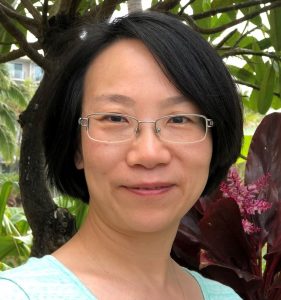 Mucus serves as a protective barrier on our mucosal surfaces to trap and eliminate foreign agents such as viruses, bacteria and allergens. In playing this pivotal protective role, mucus can also hinder mucosal drug delivery through the same clearance mechanism.  Mucus penetrating nanoparticles (MPPs) are particles specifically engineered to avoid such interactions with the mucus and to minimize mucus-driven elimination.  In this presentation, I will describe Kala’s journey of translating this novel technology from its early discovery through preclinical validation and clinical trials to ultimate FDA approval.

Dr. Hongming Chen is the Chief Scientific Officer at Kala Pharmaceuticals, a biotech company she helped to start in 2010.  At Kala, she successfully translated a novel nanoparticle technology from bench discovery through Phase III clinical trials and FDA approval, and has helped to attract >$250 MM investments to the company, including a $104 MM IPO in 2017.  Prior to Kala, Hongming helped to start and build another biotech company, TransForm Pharmaceuticals, which was acquired by Johnson & Johnson in 2005 for $230 MM.  Before TransForm, Hongming held various research positions at AstraZeneca and Merck.