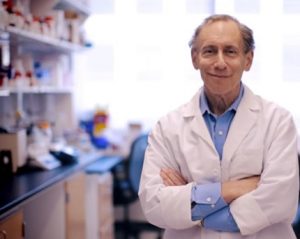 Advanced drug delivery systems are having an enormous impact on human health. We start by discussing our early research on developing the first controlled release systems for macromolecules and the isolation of angiogenesis inhibitors and how these led to numerous new therapies. This early research then led to new drug delivery technologies including nanoparticles and nanotechnology that are now being studied for use treating cancer, other illnesses and in vaccine delivery.  We then discuss ways of developing systems for the treatment of brain cancer and other diseases and new approaches for engineering tissues that may someday help in various diseases.  Examples in the areas of cartilage, skin, blood vessels and spinal cord repair are discussed.

Robert Langer is the David H. Koch Institute Professor at MIT (there are 13 Institute Professors at MIT; being an Institute Professor is the highest honor that can be awarded to a faculty member). He has written more than 1,400 articles and has over 1,260 issued and pending patents worldwide.  His many awards include the US National Medal of Science, the US National Medal of Technology and Innovation, the Charles Stark Draper Prize (considered the engineering Nobel Prize), Albany Medical Center Prize (largest US medical prize), the Wolf Prize for Chemistry, the 2014 Kyoto Prize and the Lemelson-MIT prize, for being “one of history’s most prolific inventors in medicine.” Langer is one of the very few individuals ever elected to the National Academy of Medicine, the National Academy of Engineering and the National Academy of Sciences.