“What’s in your blood? Molecular Deconvolution of the Human Serum Antibody Repertoire in Health and Disease” 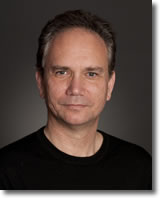 Abstract
Antibodies are present in blood at high concentrations (about 10 mg/ml) and are critical for defense against pathogens; in fact the main mechanism of protection to infection elicited by nearly all approved vaccines is the production of circulating antibodies that bind to, and neutralize the pathogen.  The human immune system can generate well over 1012 different antibodies, yet only a relatively small set (which we estimate is of the order of 104 antibody proteins) are present in the blood of an individual at any time.

Remarkably, more than 100 years since the discovery of antibodies, it is only possible to determine whether an individual has an antibody response to a pathogen (say, HIV or srep tests) but not the numbers, specific amino acid sequences, relative amounts or biological functions of the pathogen-specific antibodies produced in that person.  Understanding the nature of antibodies elicited by disease or vaccination is very important for therapeutic and prophylactic purposes.

We have developed a suite of proteomic, microfluidic, protein engineering and informatics technologies that has enabled the deconvolution of the identities and relative amounts of antibodies in biological fluids and the delineation of the relationships between antibody production and the relevant B cell immunological mechanisms.  We have used this approach to elucidate a number of key questions in medicine and human health including:  (i) what is the repertoire and functionality of antibodies elicited in humans following vaccination;  (ii) how many different antibodies in toto are typically present in the blood etc. Importantly these technologies enable: (a) the development of potent therapeutic antibodies to infectious diseases discovered via the mining of the protective antibody responses in convalescent patients to overcome that infections and (b) more efficient metrics for new vaccines.

Bio
George Georgiou holds the Cockrell Chair in Engineering at the University of Texas at Austin where he serves on the faculties of Chemical Engineering, Biomedical Engineering, the Section of Molecular Genetics and Microbiology and the Institute for Cell and Molecular Biology.  He received his B.Sc. degree from the University of Manchester, U.K. and his M.S. and Ph.D. degrees from Cornell.  His group is working in molecular biotechnology with special emphasis on the engineering and preclinical development of therapeutic enzymes, the system analysis of human B cell responses and on certain aspects of bacterial genetics.

Professor Georgiou was elected to the National Academy of Engineering (NAE) in 2005 and to the U.S. Institute of Medicine (IOM) of the National Academy of Sciences in 2011. He received the Professional Progress award from American Institute of Chemical Engineers in 2003 and in 2008 he was named as one of the top “100 Chemical Engineers of the Modern Era” by the same organization  He has published over 200 refereed publications, is a co-inventor of over 45 US patents of which 27 have been licensed to 12 pharmaceutical or biotechnology companies and has co-founded two biotechnology companies.