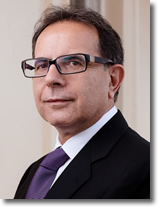 Abstract
The final objective during the design of a solid catalyst is to selectively direct the reaction towards the desired product. This could be achieved by controlling each one of the reaction steps which include reactant diffusion, adsorption, surface reaction and product desorption and diffusion. Such a control requires more than a simple solid catalysts in where one may try to generate the active sites. Then, we design and prepare structured inorganic micro and mesoporous materials with controlled porosity and framework compositions that can act as highly active, selective and stable solid catalysts. To improve solid-gas (liquid) interactions and transition state stabilization by dispersion forces, hybrid organic-inorganic materials are also prepared in where the active sites can be introduced in the organic, the inorganic or in both components. Then, multifunctional catalysts involving acid and base, acid/base/metal, acid/base/metal/ enzyme allow to perdorm multistep reactions in a cascade manner. It will be presented that through a molecular design of the solid catalysts it is not only possible to develop new “laboratory concepts” but to transfer those concepts into industrial applications.

Avelino Corma, Professor at the Instituto de Tecnología Química (CSIC-UPV), has been carrying out research in heterogeneous catalysis in academia and in collaboration with companies for nearly 30 years. He has worked on fundamental aspects of acid-base and redox catalysis with the aim of understanding the nature of the active sites and reaction mechanisms. With these bases, he has developed catalysts that are being used commercially in several industrial processes.

Corma is an internationally recognized expert in solid acid and bifunctional catalysts for oil refining, petrochemistry and chemical process, especially in the synthesis and application of zeolite catalysts. He has published more than 1000 research papers, and inventor of more than 130 patents.  Corma earned his BS in chemistry at Valencia University, his PhD at Madrid, and spent two years as a postdoctoral fellow at Queen´s University.